It’s not like I don’t know how to prevent infection as I have a degree in microbiology. It started two years ago when I ventured into a local gun store and contracted the H001L virus. If you’re not familiar with it it infects the brain and you are unable to concentrate on anything but aHenry 22 carbine. The only known treatment is to submit and buy one of those beautiful rifles.

This virus is extremely contagious and I passed it to my wife. Actually she gave me my new carbine for my 70th birthday but when she touched it she became infected and took it for herself.

Little did we know the virus mutates into the H005CR strain and I had to buy a BBB 45 carbine. But little did I know I still had residual virus from the previous infection but had not developed antibodies to fight off the infection. Once again I underwent treatment at my local gun store and walked out with another H001L for myself.

Now you’d hope I’d be feeling better but the virus mutates once again. This time i has the H006M strain and wound up at my local dealer for another treatment and walked out with a new BBB 357 carbine today.

The dangerous part of this illness is it causes ones spouse who previously was infected with the H001L strain to encourage exposing ones self to other infections.

The one thing that prevented a secondary infection when I contracted the H001L strain was that I already had a Single 6 convertible.

When I was in school fifty years ago I don’t remember my professors talking about such a serious disease.

per the Borg, "Resistance was Futile. You have been assimilated" .... congrats, looking forward to following your range reports and use impressions as you become better acquainted with your latest Henry .... be sure to follow the link below to add it to our community's total

And this is the place to get encouragement to feed it some more.

This group is full of enablers to promote adopting more of the Henrys available at your LGS and complimentary pistols to accompany your new acquisitions.

Enjoy and remember we like pictures and reports.
Ernie
2 x
Top 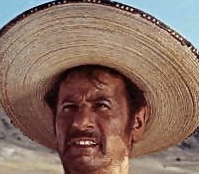 I’ve been anticipating getting my new toy and last night sat at the press and loaded a hundred 38’s. I loaded some powderpuff rounds with a 158gn RNFP polymer coated bullet on top of some Bullseye.

A couple of days earlier I loaded some mid range 357’s with a 158gn Jackeyed hollow points over some HS6. I’ve not run them over the chrono but guessing the 38’s clicked around 800fps and the 357’s around 1200fps.

Well anyway I got my new toy home, ran several patches of Hoppies down the bore, gun scrubber in the action, several passes of the bronze bore brush and more patches until it sparkles. I lived all the contact points and took off for the range.

Just like my other Henry’s, it’s a dream to shoot. I just wanted to test function and toss some lead down range and will sight it in another day. And, as expected it performed 100%. No malfunctions with 38’s, 357’s and both profile bullets. Let’s say I’m delighted with it!

When I went out this morning I hadn’t made up my whether I’d buy anything and if I did if it would be a Henry, Rossi or Marlin. My dealer keeps a large inventory of lever guns and he had Marlin and Rossi in about every configuration. After handling the Rossi I was impressed with the way it felt and despite what I’ve read on the internet it was smooth and the trigger excellent. The finish was pretty good on every one I looked at. My biggest issue was it’s Brazilian and I’ve read that customer service is not great.

Next I looked at sever configurations of the Marlin. Again I thought it looked and felt pretty good. The action was stiffer than the Rossi and the trigger pull was clean but must have been 10# or more. The edges of the trigger were were uncomfortable due to the heavy trigger pull.

Next was the Henry and it was everything I’ve learned to expect. The action was bitter smooth and the trigger just right. Henry really does a beautiful job of finishing like the beautiful blue on the barrel and the shine of the brass. Really after comparing, neither the Marlin or Rossi we’re bad but the Henry was a notch or two above plus its American made and has outstanding customer service.

.38SuperMan wrote: ↑
Sat May 23, 2020 9:23 pm
Really after comparing, neither the Marlin or Rossi we’re bad but the Henry was a notch or two above plus its American made and has outstanding customer service.


it must really be nice to have a dealer who stocks such a variety to where you can literally see and handle them .... I haven't had that good fortune .... enjoyed reading about your selection process
0 x
Top

I know no one is working on a vaccine for this particular stain either. Congrats on all the new toys. Nice to have the wife on board to makes it so much easier.
1 x
Young guys should hang out with old guys cause old guys know something

JEBar wrote: ↑
Sat May 23, 2020 10:52 pm
it must really be nice to have a dealer who stocks such a variety to where you can literally see and handle them .... I haven't had that good fortune .... enjoyed reading about your selection process

I am fortunate to have several large dealers nearby. I live in East TN and Buds Guns, Smoky Mountain Guns and Ammo are just 40 minutes away and this dealer, although not as large as the other two, is only 20 minutes away and generally has a pretty big selection. Buds and SMGA have about the lowest prices I’ve seen and the dealer I bought my BBB from is generally pretty close to the other two. SMGA and Buds are very low on stock now it seems.
0 x
Top
Post Reply
13 posts