What's happening on or with the forum
Post Reply
32 posts

Nothing wrong with being a grunt, dad was one also.
Gen. Paton once said he had a lot of respect for the soldier with the Combat Infantry badge, more so than the CMA.
My Dad's his has the Star in the top center, dang collar.
WW 2 & Korean.


Thank you and ALL the Veterans here for your Services.
Hope you all have a GREAT weekend.

RP, your Dad was a good soldier. WWII & Korea.Thats a heck
of a tour. I have the CIB also & the Purple Heart.
My Dad was in WWII.
If your Dad is still with us, tell him thanks for his service from
an old grunt.
It's a bond like none other.
2 x
I can resist anything, except, temptation.......
Top 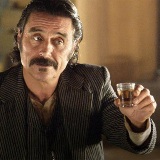 RP
2 x
Monty Walsh "You have No idea how little I care".