Tell us about your rides. Daily transportation or your baby. Tell us about them and show them off.
Post Reply
20 posts

Jim
I know a very good mechanic out here that will back up what you have found out. GM had a lot of trouble with that engine doing exactly what you are finding. Not sure what they will do for you but I hope you get it solved. Al
0 x
Young guys should hang out with old guys cause old guys know something

BigAl52 wrote:Jim
I know a very good mechanic out here that will back up what you have found out. GM had a lot of trouble with that engine doing exactly what you are finding. Not sure what they will do for you but I hope you get it solved. Al

the facts are simple .... the truck is paid for .... it has a lifetime warranty on the motor (internal components) that I expect them to honor .... I plan to drive it at least 4 more years .... if they do nothing and it last that long while performing like it has since new, all's good .... if they fix it, fine .... if they don't and if it doesn't last, it will be towed and dropped outside their garage door .... looking forward to the middle of next week ....
0 x
Top

I hope to hear they will take care of you. The concept of the 8 to 6 to 4 cylinder engine that GM put in Cadillacs (and I don't know what else) sounded good about thirty years ago. My friend and boss had one of those caddys and spent a bunch of money on the engine. Another friend bought a beautiful pick up like yours about 7 or 8 years ago with the 8 to 4 engine. He started to have problems, but I haven't talked with him in a while. I think he got rid of the truck.

Having said that, my last vehicle was a Dodge. Good engine, started to disintegrate body wise. The previous three were all GM products. Chevrolets in fact. Each and every one had gremlins in the electrical systems. Enough to make me get rid of them. You may have noticed that I recently bought a Ford. I have vowed no more GM products.
0 x
Some days I'm Andy, most days I'm Barney........
Eaglescout, NRA Life Endowment member, BCCI Life Member
Top

Have you found anything out yet on your truck Jim? Al
0 x
Young guys should hang out with old guys cause old guys know something

nothing much .... I want to pull all 8 plugs and take a look at them first .... not too many years ago I could and would have pulled them myself but physical complications have turned that into a last resort option .... she runs smooth and strong, if she didn't I'd be much more motivated
0 x
Top

our youngest son pulled and replaced all 8 of our Silverado's spark plugs .... next week I hope to organize for some pictures that will include the miles they have each been in service .... all-in-all, after seeing all of them, I'm much more encouraged about the condition of the truck's engine .... I'm also more convinced the issue is with the system does relate to switching between operating on 4 & 8 cylinders .... 5 of the plugs (4 of which aren't involved) have just under 90,000 miles on them and really look good .... we also replaced all 8 spark plug wires .... after doing so, we fired up the truck and couldn't tell a bit of difference in the sound of the engine's operation .... I won't be able to take it out on the road until Monday so I won't know anything about any possible increase in performance
0 x
Top 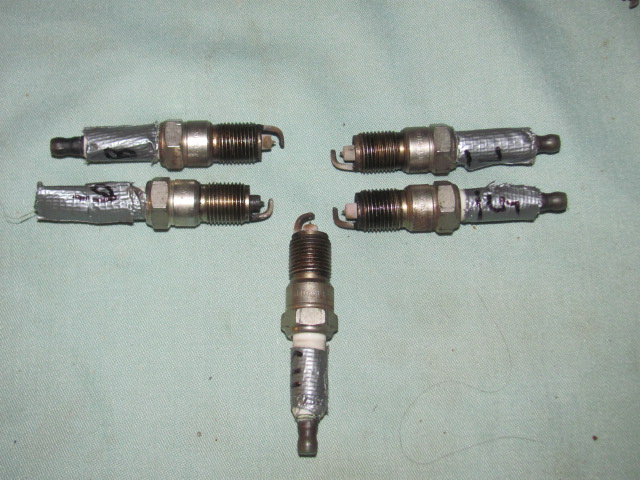 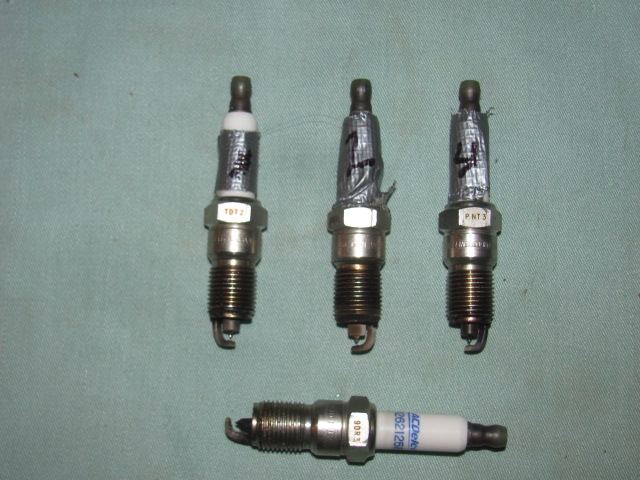 sometime during our Jan - March spent in Texas the passenger's side rear door WeatherTech Side Window Deflector disappeared ===> https://www.weathertech.com/chevrolet/2 ... /crew-cab/ .... nobody knows nothing ..Roll Eyes (Sarcastic) :rolleyes:.. these vent deflectors were installed shortly after we purchased the truck back in 2011 .... with a new set priced at $100, I decided to call Weather Tech and see if I could just order a replacement for the missing one .... the fellow I spoke with said they can only sell them in front pairs, rear pairs, or a complete set of 4 .... a pair for the rear windows is priced at something over $40 + shipping .... that option was most certainly better than having to buy a whole new set .... we chatted for another minute or so and said that what he could do to help me is to wave the $15 dollar shipping fee .... that in essence cuts the cost in half .... we have a set on the way and are very impressed with WeatherTech's customer service 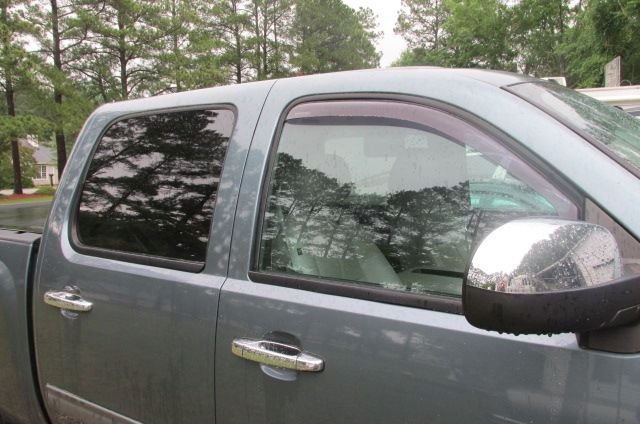 I would never have one of those brand new trucks! Hope you get your problems solved Jim...for sure, but my '99 Ford has never given me a problem and does whatever I want it to.
To me, to buy brand new is a sure mistake!...for many reasons.
0 x
I'm your Huckleberry
Top
Post Reply
20 posts