Hunting with a Single Shot

Hunting with a Single Shot

I'm eagerly anticipating the arrival of my .357 s/shot. I don't even know for sure if it is a brass or a steel model... although I imagine it is steel seeing the price I was quoted is comparable to another steel version I've seen advertised locally. I heard that the importer had one .357 coming so I instantly claimed it without asking questions. In case anyone is interested, the price is NZ$899.

I reckon this compact, simple rifle will be ideal for the times I am wandering around the local scrubby areas where I might see a goat, pig, hare or rabbit. I have done a lot of shooting with open sights, and I much prefer carrying a rifle that is not complicated by a telescopic sight... although they are obviously superior for some conditions. If this .357 works well, I am very tempted to order a .308 for those longer shots.

I'd be interested to read about the experiences of people who have used their s/shot Henrys for hunting, particularly if they use open sights. I'm also curious about the type of ammo they prefer.... and how they carry it in the field.

I think a butt cuff would be useful. I generally carry a few cartridges in an open, sturdy ziploc bag in my right pocket. I like to use the bag to help prevent grit and fluff from sticking to the bullet lube of my lead projectiles. I might also carry a few more cartridges in a plastic box if I think I might need them.

I haven't done a lot of hunting with a single shot, and most of my single shot hunting has been done with a .22 rimfire.... mostly for small game. I was fortunate to get a decent shot at close range at the black boar shown in the picture below... and the rifle I used was a little Rossi .22. However I don't recommend using such a small slow bullet on big pigs unless it is the best/safest practical option. I've since sold that tiny Rossi to help finance the incoming Henry (and to fulfil the unwritten domestic guideline that it is a heck of a lot more acceptable to buy a new rifle after I've sold another). Anyway... below are some photos that might give an idea of what we hunt in my area. The lever gun in the photo is my current .357 magnum. The bolt rifle is a Lee-Enfield which my dad converted to shoot the 7.62 x 39 cartridge. 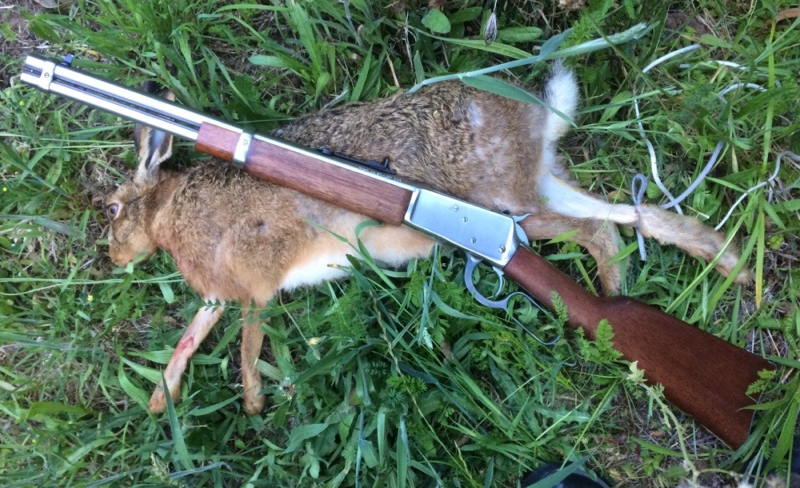 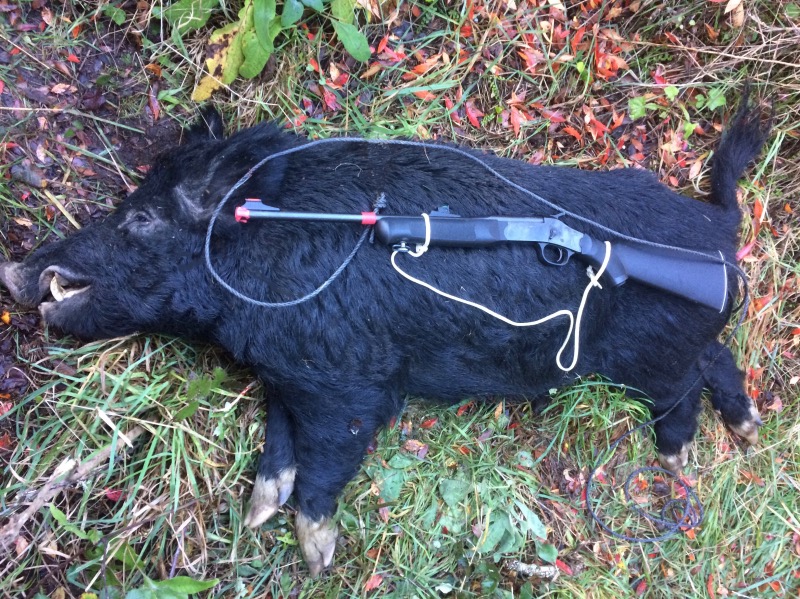 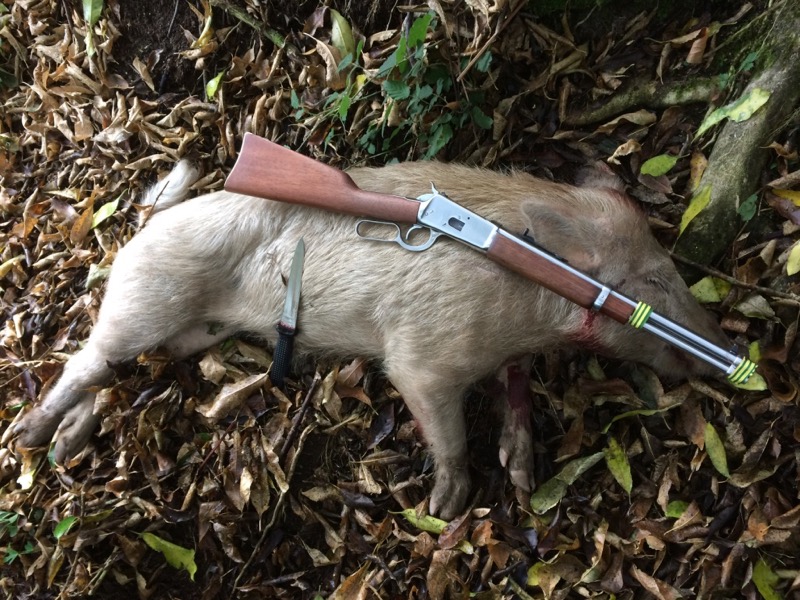 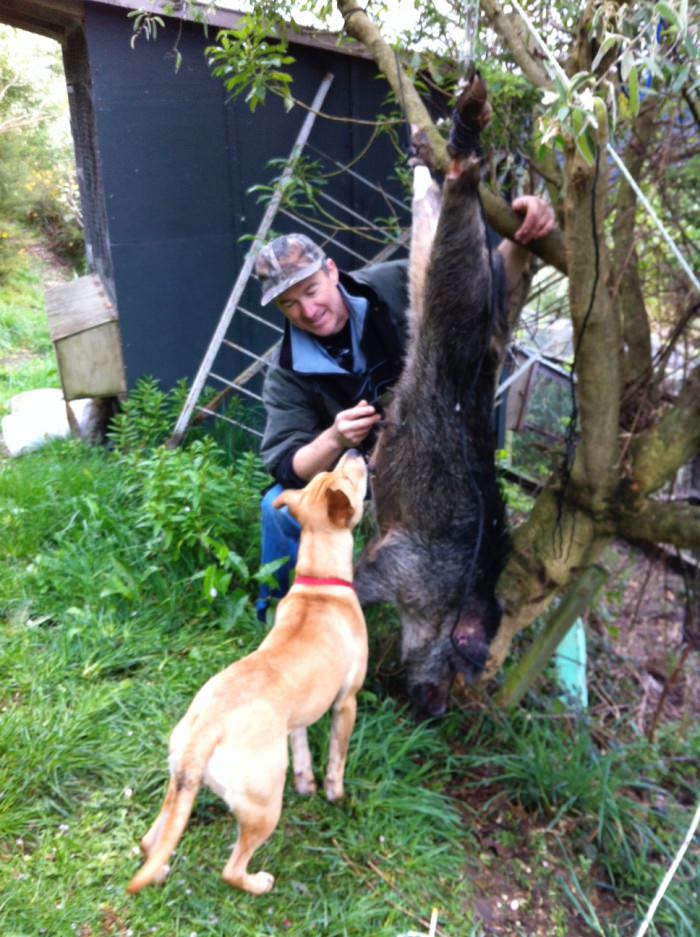 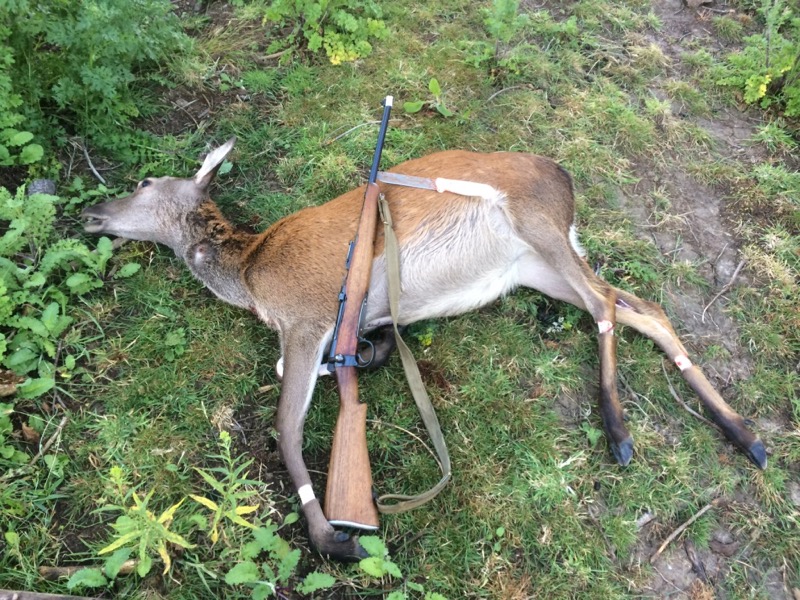 the black boar taken with a 22 is most certainly an attention getter .... looking forward to following your range and use reports on your Henry
1 x
Top

We'll have to see who comes forward with what, but my impression is that most of the SS owners here have used them for target/plinking. Not to say that some haven't taken them hunting, but we'll see!

Ive not used mine for hunting. I have only done target shooting and plinking with mine. Im not sure if you reload and if you do what reloading supplies you have available to you. If you check out the range reports I have posted there a couple of times with targets shot with mine.
0 x
Young guys should hang out with old guys cause old guys know something

I bought my Henry 45-70 single shot specifically for hunting, here in NW Wisconsin where often one good shot is all you're going to get (world class brush

). I used it to take an antlerless deer last fall, to say it worked fine would be an understatement. It's fairly light, short for a rifle with a 22" barrel, and nimble handling. I mounted a 2.5X Leupold Ultralight scope, for its long eye relief and light weight. My eyes aren't great with iron sights (at age 67), but I did consider a Skinner peep before returning to my comfort zone, since I've been hunting primarily with scopes for close to 50 years. You're going to like carrying that Henry single shot around

Thanks for the replies. There is so much on the rest of the forum that I haven't looked at yet, so I must go and check out the range reports. I do reload and I'm pretty happy so far with the components I've been able to get.

I really like the idea of owning a 45/70 Yornoc. I could easily be talked into getting that caliber instead of a .308. There is something about having a rifle with a big bore that shoots pre-expanded projectiles that really appeals to me. I also like the simplicity of straight-walled cartridge cases for reloading. I guess it wouldn't have quite the 'reach' of a .308, and it would be more expensive to shoot... but that doesn't stop it being a very good hunting rifle. 45/70 cartridges and projectiles aren't particularly common here, but I have seen them advertised.

This is a bit of an unusual question, but do you think there is much of noticeable difference in the loudness of the shot comparing a 45/70 and something like a .308 firing full loads?
0 x
Top

Thanks. I can see that it would be easy to buy more than one. Maybe I could satisfy my big-bore desire with the .44. They certainly are beautiful rifles from my point of view. I've been very encouraged by what I've read on this forum. After ordering my Henry, I started to look around on the 'net for reviews and was a little dismayed to find anecdotes about broken stocks, stiff triggers and a sloppy pivot. But after spending some time here I feel fairly confident that I made the right choice.
1 x
Top

Just wondering what are the brightly colored 'bands' on the barrels of the single shot and the lever action shown in the pictures?
0 x
Top

Aren't there size limits on deer down there ? 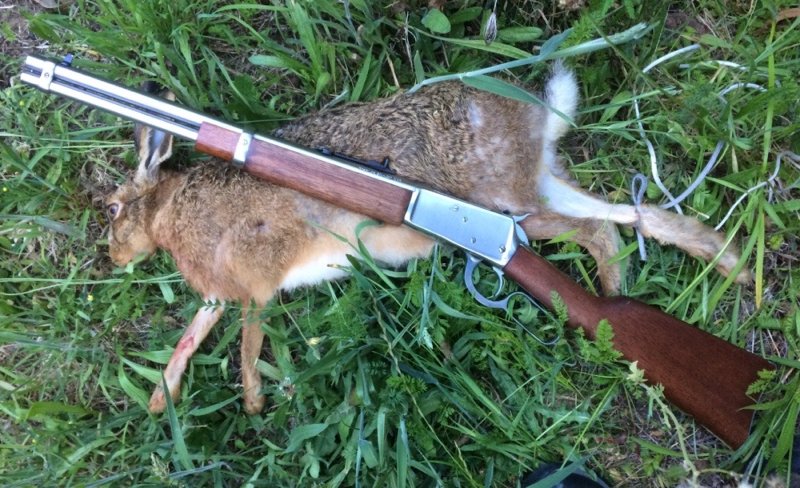